Wild Ones and Tame Ones

My Monday was a bit different than usual being I didn't have any clients for the later part of the afternoon. It was rather nice to come home early which meant I could go for my 4.5 mile walk. It's rather difficult to fit a walk in when I'm at work all day and, being I have a sit down job I like to grab the opportunity to get mobile when it presents itself.Looks like I may even be able to do the same tomorrow.

There's kind of a roadway along a bush line that leads to the town's sewer lagoon and a bigger wooded area. It's one of the places I go walking and there's always some interesting animal tracks crisscrossing every which way. From different birds species, to rodents of some sort, to deer, moose, and today, what I think are either coyote or wolf tracks.

It was hard to get a clear picture with the sun beaming down on the fresh snow so it's not too clear in the picture but they were good clear tracks when looking at them with the naked eye. There are no human tracks so it's not a dog for sure and dog prints don't show their claws but these foot prints had definite claws. 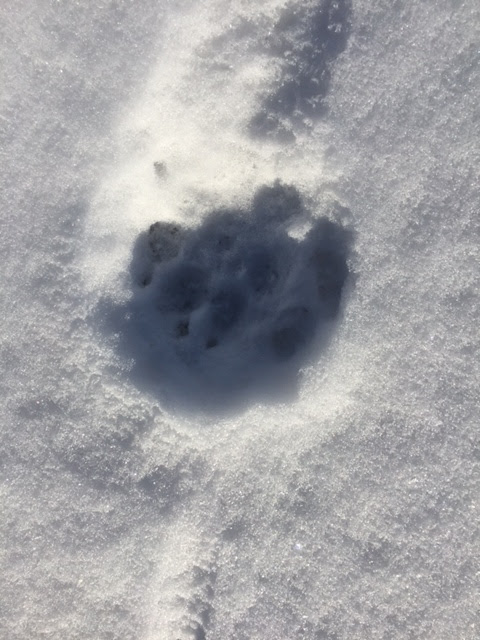 Poor little Peaches got sick on our watch on Saturday. He still wasn't feeling good on Sunday, nor doing much better this morning so Andree took him to the vet. We thought he'd come back home after they got him hydrated again but they wanted to keep him overnight to do further testing to see what has caused him to be so sick in the first place. He was so weak and lethargic after so much throwing up and diarrhea, that he barely moved. Hopefully we can pick him up tomorrow and he will be doing much better. 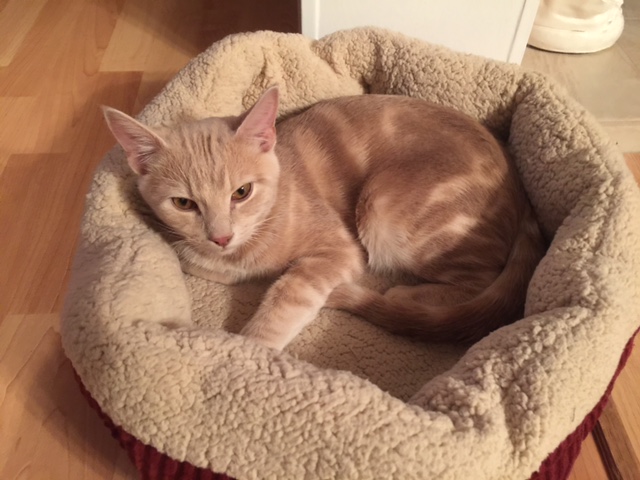