If the French saying, "Le trois fais le moi," is right, we're not over winter yet. I could translate it, but it loses all it's rhythm and spunk, so I best leave it alone.

It looked nice out there today but when I was out walking and facing that North wind, it was dawg-on nippy I'll tell you that. To be quite honest, I'm done with winter! Done! Not that my opinion matters or that it will change anything, it's just that sometimes you gotta get things off your chest in order to keep moving forward with your day. But, make no mistake about it, I'm more than ready to move on to the next season, especially since they're announcing more of that white stuff in the forecast.

There's plans to go to the movies tomorrow night. I'm looking forward to seeing "The Shack," based on William Paul Young's bestselling book by the same title. I'm curious to see how they portray certain parts of the movie. The filming of it took place in Vancouver and some BC countryside but I haven't been able to find out exactly where.

One of my young school clients has a lot of anger outbursts he can't quite control which gets him into trouble both at home and at school. I asked him to show me what that anger monster looked like. This is what he came up with. Scary looking dude. 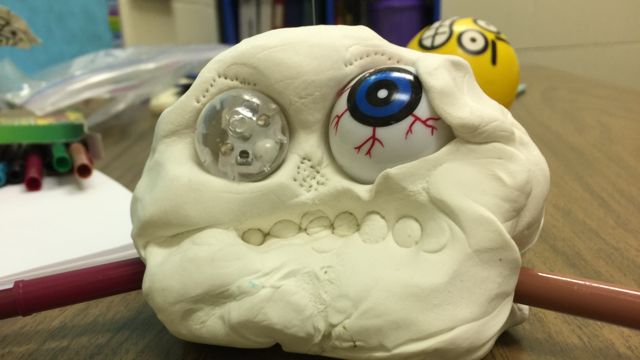 Andree fixed an attractive looking healthy plate for each of us for supper tonight. I snapped a picture before we sat down to dig in. 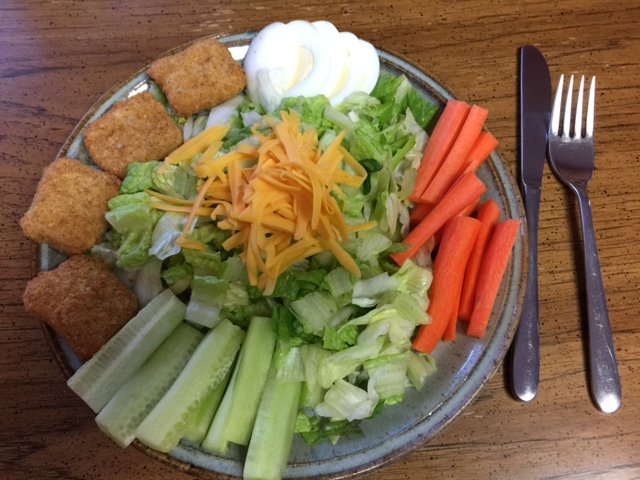 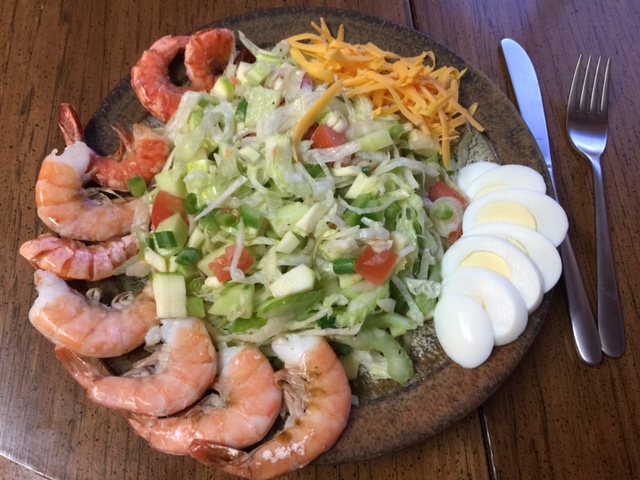 I was sitting in my chair tonight thinking about how quiet it is in our house. There's never a lot of noise with just the two of us. We don't have TV unless we put a movie on which doesn't happen very often. Once in a while I put music on so both of us can hear it but mostly it's just me listening so often I use my headphones, like I'm doing now. For the most part, there's a lot of silence and we like it that way.

I've always enjoyed silence. It's never scared me as it does for a lot of people. There are many who run from silence as if it were a deadly disease. Afraid of hearing the whispers of their heart, the thoughts that run through their mind, the longings of their spirit. While there are others, like me, who can quite happily sit in the emptiness, stare out the window looking at nothing while noticing thoughts that float by until one or two invite further contemplation.

I love this quote:
"In your silence, when there are no words, no language, nobody else is present, you are getting in tune with existence." Osho
Posted by Unknown at 23:57