Andree and I went to visit her sister at the home she's in again today. This time I went in to say hello but only stayed a few minutes in order to give Andree and her some time to themselves. I walked to a close by  park and made my way around it twice before returning to the room to visit some more. 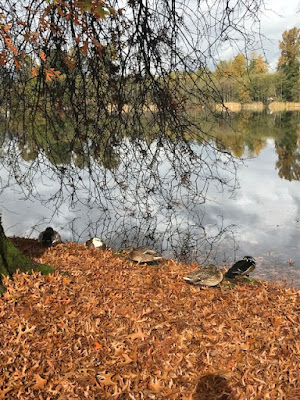 There was 5 ducks, each of them very different looking sitting on the side of the water. Most of them
were having a snooze with their head tucked in under their wing. 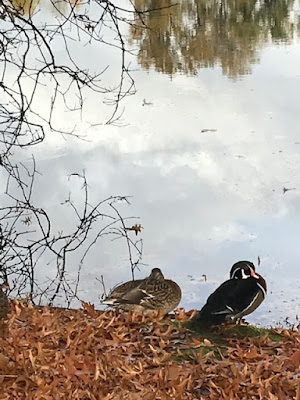 I guess they're used to having people and dogs around and it doesn't bother them because they weren't scared at all. It's likely one of their favorite hangouts. 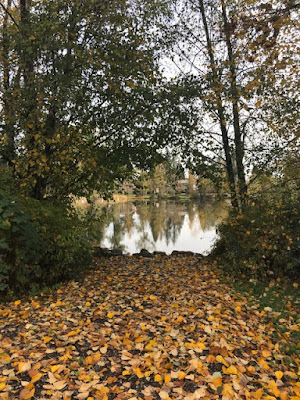 While I was out there I picked several leaves of various colors and sizes. Reds, yellows, greens, and golds and I made an arrangement with them and brought them to Lise so she could have all the fall colors in her room. I managed to staple them together and tape them to her wall where she could see them. 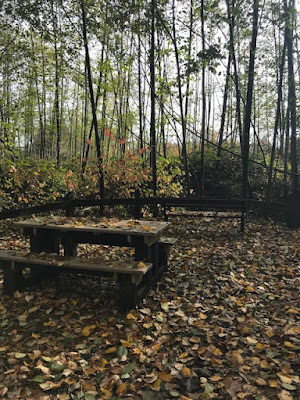 It's too bad the sun was peeking in and out of the clouds and seemed to always be in them when I went to snap a picture so the pictures are a little on the dark side. 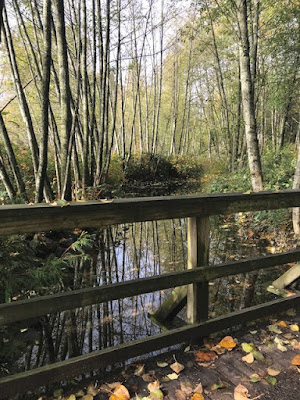 It's a fair size body of water and there was several people fishing. I stopped to talk to an elderly gentleman who was just packing up his fishing gear when I walked by. "Catch anything?" I asked. "Not a thing," he replied. When I asked what kind of fish was in there he said it was trout. 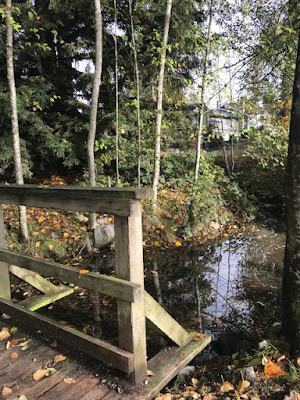 There's a lot of parks in this city and plenty of opportunities to connect with nature if one wants to. And who wouldn't? It's such a great way to feel nurtured, grounded, connected and at peace. 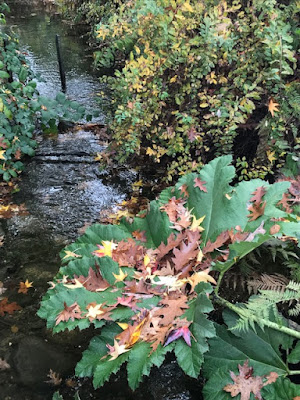 Those are some gigantic leaves I tell you. And look at all the other leaves that came to rest on the big one and created this master piece. Nature is full of gifts for the soul.
Posted by Unknown at 23:57