What the heck? The day before I was washing my car, yesterday I was washing windows outside. It wasn't short weather mind you but it was a beautiful day with the sun shinning and not a cloud in the sky. I was loving and appreciating every minute of it and a darn good thing I did. Today, it's winter! Today, I'm thinking I have to go to the shed and dig out my shovel which is all dented and in rough shape from all the shoveling last winter. 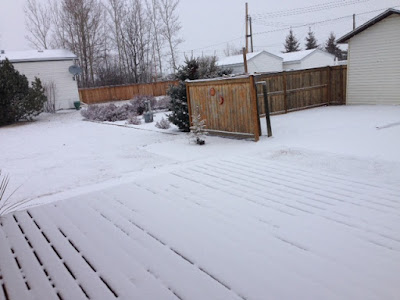 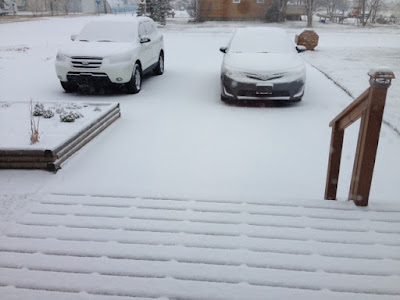 Considering this is Nov. 15th and I live in Northern Alberta I guess I shouldn't complain. I've seen much worse that's for sure.

So, yesterday, as Andree was about to leave with the car, there was a faint mew coming from under the hood. Popped the hood and on the motor was sitting this little critter. 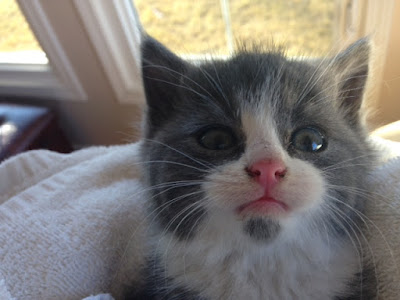 There's no doubt in my mind that he's a survivor. He has to be. His little brother or sisters were likely not so fortunate. They are still missing in action. I say he has to be a survivor because the farm the car was parked at is about 25 km from home and we only discovered him once we were home and that was only the next day.

When we got home from the farm, Andree went to Peace River right away. She was there for 5 hours and then drove back home before she parked the car. That means that little guy went another 140 km. sitting on the motor. Then he stayed there all night long until we found him the next morning. Yup, he's a survivor alright.

So yesterday, was also the day we started dog sitting for the next two weeks. So I had this little fellow to look after too. 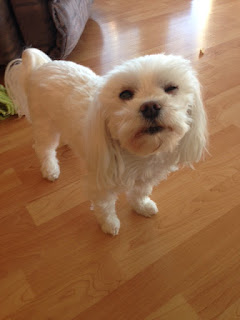 Only they were both in distress, both missing their mommies, and both crying and whining at the top of their lungs. 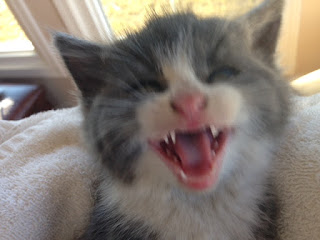 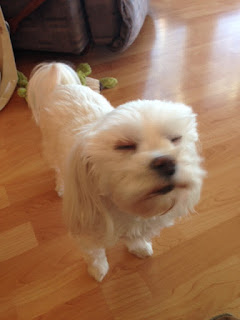 But I eventually got some warm milk into the kitten's tummy and managed to cuddle, soothe and calm them both down. That was fine for those two but Pumpkin sure had her nose out of joint with the intruders invading her home and me paying so much attention to them.

This afternoon I am going to a friend's house. I am also looking after his cat while he's away. I've looked after Minou before and unlike Pumpkin, he's quite the cuddly one. I will bring my book, go spend some time and have some snugglies with this guy later on today. 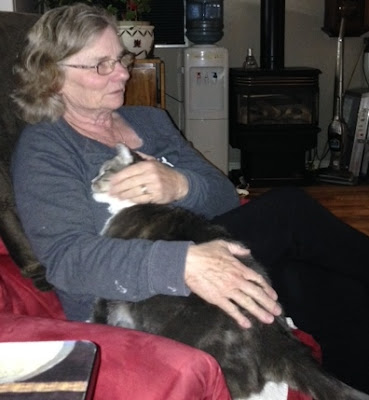 Well, it's time I get my butt off this chair and venture away from the keyboard. Might  be a good day to take out that flashy orange jacket and those winter boots I bought last week. Test out the new duds and enjoy the day before I head into another busy week.
Posted by Unknown at 12:12