The Fitbit is working well for me. Keeps me motivated and I'm seeing some results which is always encouraging. Last week I had 70,154 steps in and so far this week I have 76,295.

The sun was making it's way down as I was walking by the school yard tonight. Once that sun goes down, the temp drops and I head home. 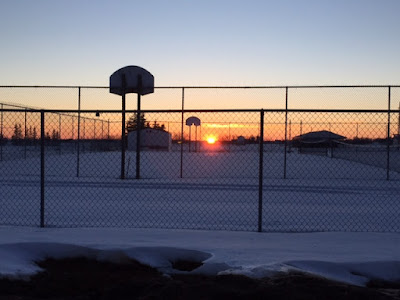 On Thursday, I had a client who had to cancel his appointment at the last minute so I got my coat and mitts on and took off down the river walk that's right behind my office. It was cool to watch the big chunks of ice floating down the river. 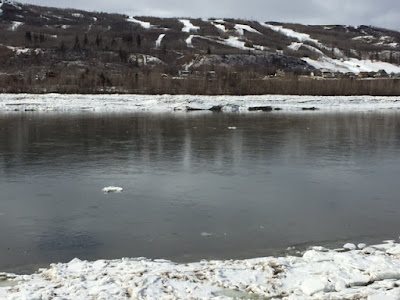 The middle of the river is opened up and flowing freely but the sides are covered with all kinds of neat ice pile up designs and every now and then you hear another chunk breaking lose. 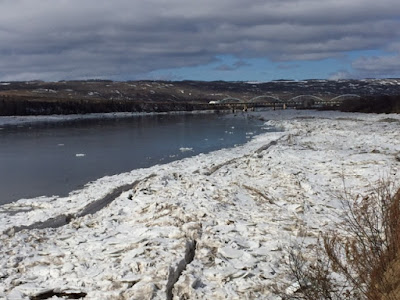 The trail led me around the back of the downtown area, across a foot bridge, around to the museum, by the Catholic Church and right down to the end of the trail where there's one of the oldest RCMP houses that still exists and has been well preserved. I didn't think of snapping a picture of that but I did get the raven who was patiently waiting for the church bells to chime, or something. 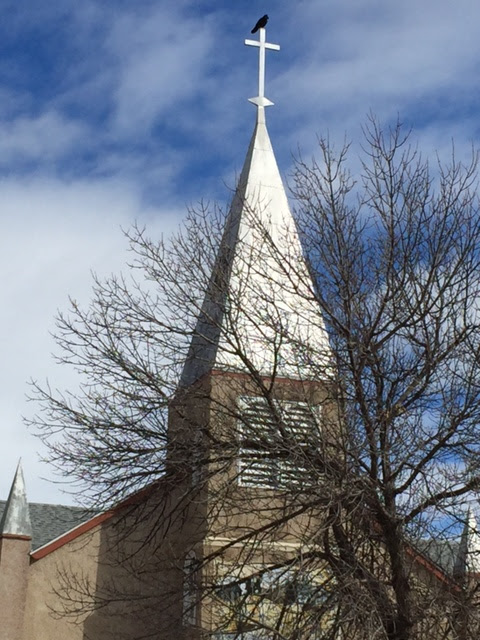 So you must be wondering - why the title Silence and Belonging? It's two different subjects, or maybe not quite so different, that I am feeling a strong urge to write about. I think I have a lot to say on those two things. Probably enough to write a book!
Posted by Unknown at 21:54