I'm wondering - what most people do when they write blog posts, stories, novels or memoirs. Do they write the title first, like I just did here, or do they write what they have to say, and from that figure out what the title should be? Let me know what  you do. I'd be interested to hear.

We had a lazy Sunday morning here. Mother and daughter sat on the couch and Andree, (mother), showed, Nicole, (daughter), how to crochet while Pumpkin glanced their way and proceeded to go right to sleep. Nicole wanted to learn to crochet so she would have something to do to relieve stress. Personally I can't think of a more anxiety creating, stress related activity, but each to their own I guess. Give me a pen or a keyboard any day, but don't put a needle and thread, knitting needles or a crochet hook in my hands or, believe me, both you and I will be highly stressed. 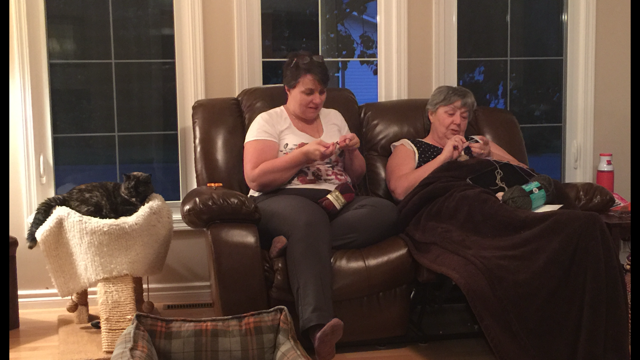 I went for two walks today and both times I had to wear gloves. The cloud cover combined with a NW wind made it pretty nippy out there. In fact on my 2nd time out and about, I had to pull up my hoody as I was walking straight into the wind plus it started raining. I grumbled and swore at how we can't seem to get through one day without some kind of rain shower or wicked downpour.

Then, just as I decided I was wet enough and it was time to turn around and start making my way back home, the sun descended below the cloud cover and poked it's nose out as if to say goodnight before going to bed, Cold and wet and doubting my sanity for being out there, I decided to turn around anyway.

And the minute I turned around, boom.....there it was! A great big huge rainbow visible from one end to the other.

So that's why I was out there walking in the rain. I was meant to witness this beauty. that's why. I should have never doubted. 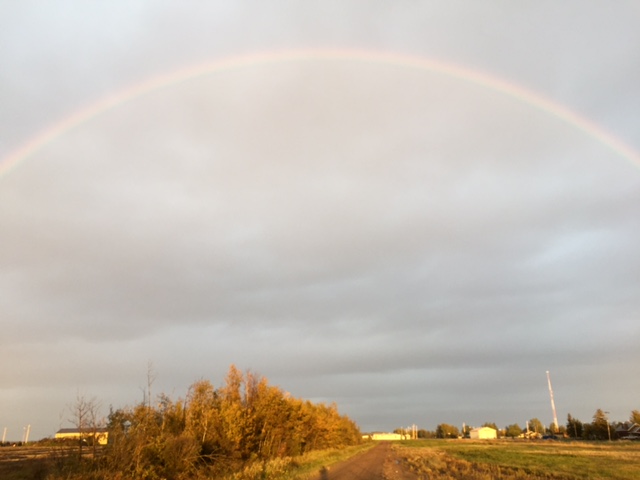 The only way to capture the whole rainbow was to take 3 different shots. 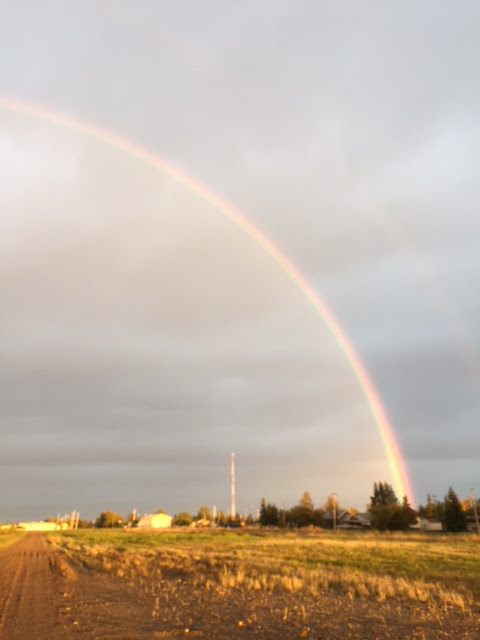 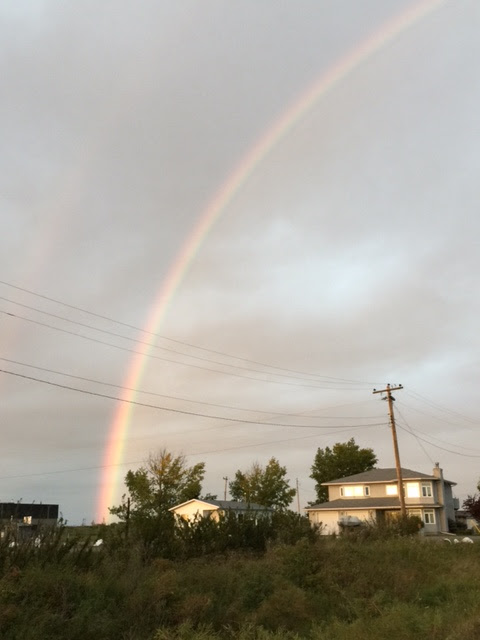 I totally agree. Silence honors words and honors the speaker of those words.

At least that's the way I see and live it. A silent pause allows, acknowledges, and invites more.

If I keep interrupting you when you're speaking, how can I hear you, and how will you feel heard?

There's no doubt about it in my mind. Without silence words lose their meaning, both for you and for me.
Posted by Unknown at 22:05