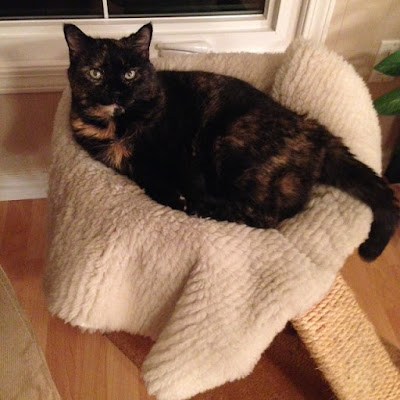 If there's such a thing as reincarnation I think I'd like to come back as a cat. Not that every cat has it easy but Miss Pumpkin sure has it good at our house.

It's been a busy weekend but a good one too. Embarked on a major project and got lots of it done but there's still lots to do before being able to all it a done deal.

Went to a play last night at Peace Players theater. A musical of Shrek. Lots of young actors in that cast and they put on a pretty good show. Watching the actors on stage made me think back to my FCSS days when we performed a few skits for Volunteer Appreciation Night. We always had a blast doing those. That's about as far as I ever got in the acting department.

I thought I'd get to bed before midnight tonight but it's already past that so forget that idea. Might be another hour yet before my head hits the pillow.