Finally - we went to the trestles today. And what a glorious, super fantastic riding day it was. Everyone else bowed out for today so Diane and I went ahead as planned and am I ever glad we did. It was rather smoky in the Kelowna valley but once we started our trek up the forestry mountain road to Myra Canyon the smoke dissipated. Up on top it was a crystal clear sunny day and we could see forever. It's like being on top of the world up there. Breath taking. 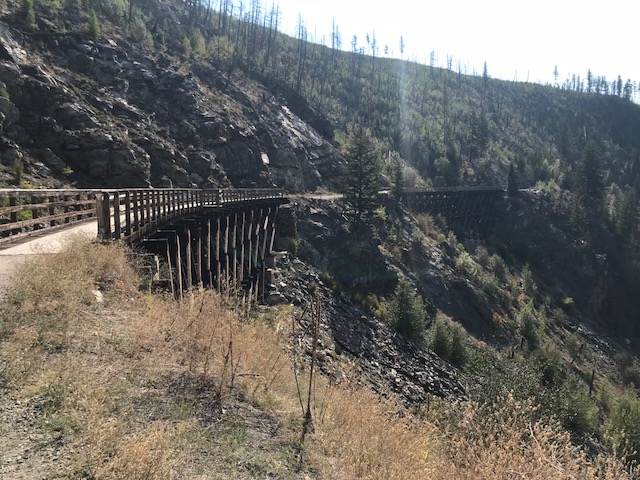 It was a more relaxed ride being only us two. Stopped a lot to admire the beauty and the unusual wonder of this deep canyon, the 2 tunnel passages and 18 trestle bridges that wrap around the canyon for 10 km. Pictures taken with a phone just doesn't do it justice. As one of the descriptive sign says; "The construction of the Kettle Valley Railway line through the spectacular Myra Canyon was an outstanding Canadian engineering achievement." It took place between 1912 and 1914. A time when there wasn't the modern technology or machinery of today. Yet man built somehow engineered and build this amazing feat. 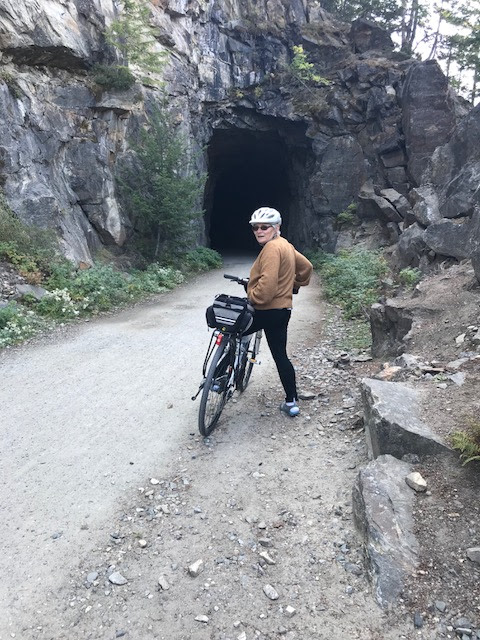 Here I am about to ride through the first tunnel. First thing is to stop and remove the sunglasses otherwise you can't see where you're going. 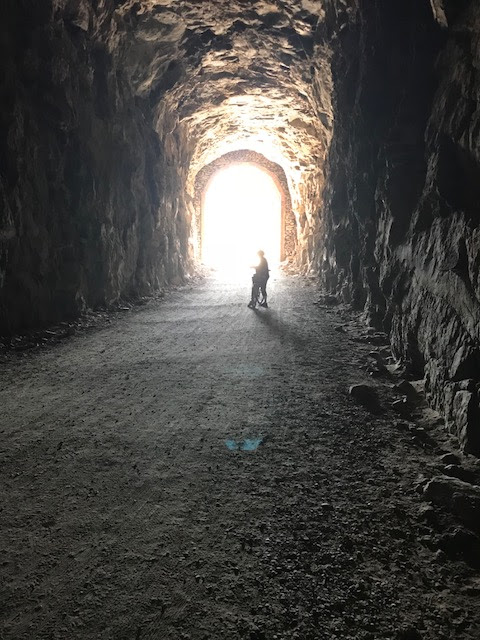 Here, I am approaching the exit. Let there be light! These tunnels were blasted through the mountain. It is said that many lives were lost during the construction of this railway that provided a vital all-Canadian link between the West Coast and the southern interior of British Columbia. 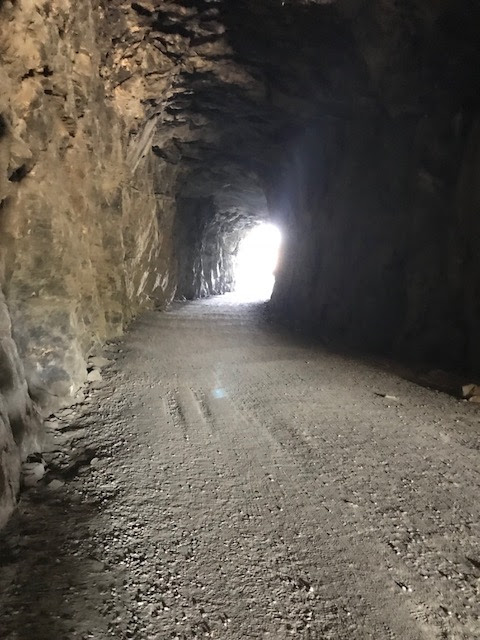 This is looking back to where I first entered the tunnel. It was surprising to see quite a few people up there today. Usually by the time the summer holidays end there's not too many tourists up there. We were expecting to have some chance encounter with bears but instead there we encountered a lot of humans. Likely a better alternative to the furry four legged creatures. 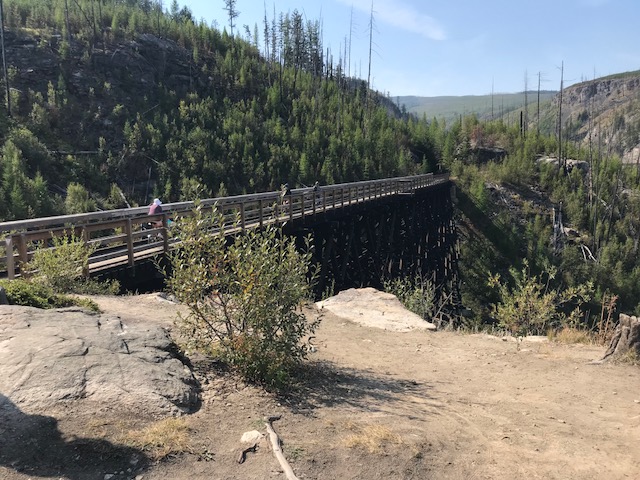 Once we had biked the 10 km to the end of the trestles we stopped and had lunch in a sunny spot on one of the benches where we had a view of the valley below. Then we turned around and rode the 10 km back to the parking lot. So only 20 km today. A much shorter and easier ride and a very different one than the lake rides for sure. Each very different yet very special in each their own way. 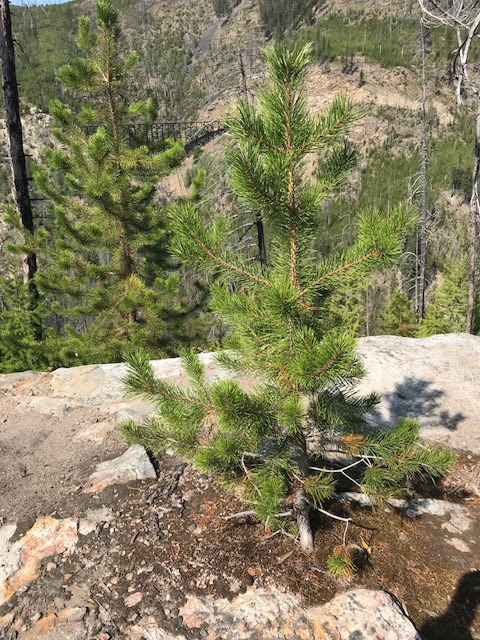 I had to snap a picture of this little tamarack tree growing right smack in the middle of solid rock. If only we could all be so determined to grow and become all that we can be regardless of how difficult and challenging the journey can sometimes be.

A perfect way to end another absolutely life giving day. Oh, and I should mention that when we finished loading up the bikes and we were ready to drive back down the mountain, my sister handed me the keys to her car and asked if I wanted to drive. I think maybe she saw I was a little green around the gills after the morning drive on the windy roads to get up there.