A Friend of Long Ago.

A New Year's Eve stroll out at Winagami Provincial Park with a good friend Marcel. 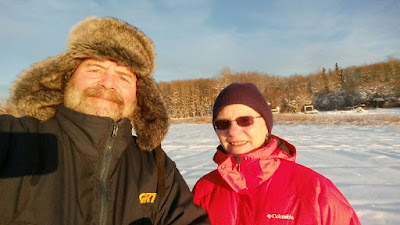 Our lives have intertwined here and there through the years. Even though we ended up living in various different places in Canada for most of our lives we still made sure to touch base once in a while.

Somehow, for now anyways, life has brought us back to the same part of the country where we were raised. So what better way to spend the end of 2015 and the beginning of 2016 than with a friend of long ago. 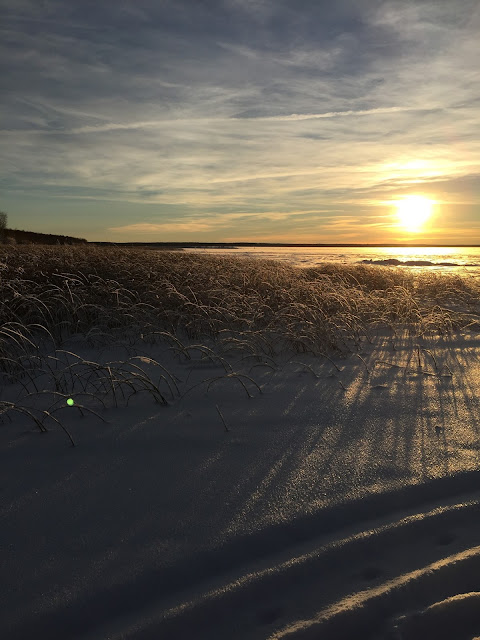 The air was crisp but it was beautiful out there in big sky country. We walked on the trails for a while then made our way down to the lake. It's an awesome feeling to walk on water and it's so beautiful when the sun weaves it's way through the bull rushes and the hoar frost on the snow twinkles and sparkles like a magic show. There's nothing like it.

Follow that with a hot cup of tea, a supper shared and some card playing and what more could a person ask for really.
Posted by Unknown at 11:53