This is where I am right now.  Not too shabby right.

The town of Barra de Navidad has a population of about 7,000. This small farming and fishing community has grown since I was here 4 years or so ago. Barra is the first cluster of buildings. The 2nd cluster, further down the bay, is the town of Melaque. We will likely go there to go swimming at some point while we're here as the ocean is a little more docile along that bay and it's great for shell collecting.

It's been a long day being that we had such an early start and a long stop in Regina Sask. We weren't expecting. a stop at all and only found out about it once we were at the airport. The good things is we didn't have to deplane but it did make the trip longer than what we thought it would be. Still, I'm not complaining, I'm just saying.

At one point during our flight we were over some mountains but I don't know what they were called or exactly where we were. All I know is that it was very pretty looking down over the mountaintops. 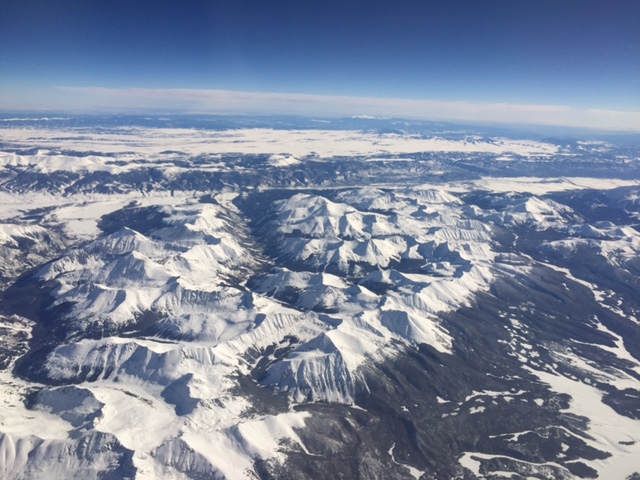 I still consider flying to be almost magical and mystical. Like how the heck does that big bird with a whole shit load of people, tons of luggage, huge metal structure, manage to stay up in the air.

I know the logistics of it but it still boggles my mind.

We are fortunate to have been invited by Andree's sister Lise and her husband Ken, to come and spend a week with them at their lovely little Mexican home they've named, Casa Pez Vela. I am grateful to them for sure otherwise we likely wouldn't be here.

This is our little abode - room while we're here. Not the same room we had last time here but it works for me. Doesn't that just make you want to be here too? 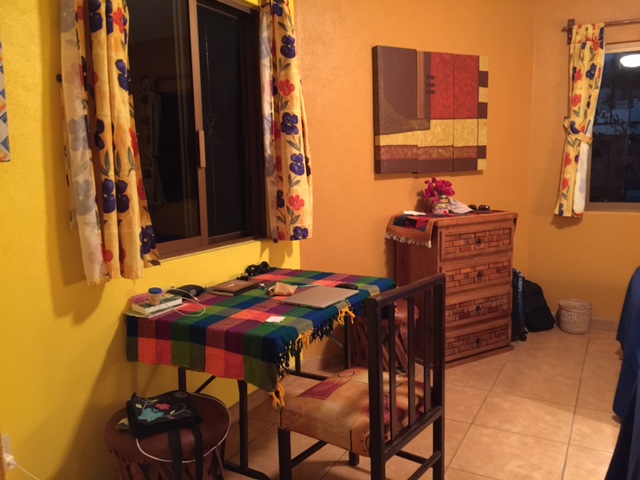 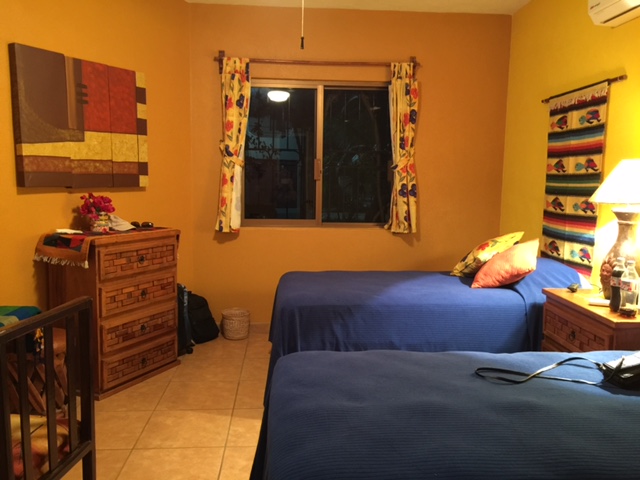 I can't wait to see what tomorrow and the rest of the week brings. I heard a few things being mentioned but who knows. It could change. We'll see. Even having no agenda is good for me.

On a sadder note, a dear friend had to put his cat down today. I hated not being able to be there for him as it's such a difficult thing to do and to go through when one is alone.

We may not have been there physically but we sure were in thought, prayer, sending warm hugs and positive energy.